India is a country with a long and rich history. Over the years, it has had many different prime ministers. Here, we’ve compiled a comprehensive list of all prime ministers of India. This list includes the years each prime minister was in office, their political party, and other important information. We hope you find this list helpful and informative.

On 15 August 1947, India gained its independence from British rule. Since then, the nation has had 19 prime ministers. The first was Jawaharlal Nehru, who served from 1947 until his death in 1964. The current prime minister is Narendra Modi, who took office in 2014. This list includes all of India’s prime ministers, from the first to the present.

The List of All Prime Ministers of India is one of the most important topics with respect to the general awareness section in UPSC and other government exams. It is important for every aspirant to be aware of all prime ministers of India, their tenure as well as their contributions to the country.

Jawaharlal Nehru was the first Prime Minister of India, serving from 1947 until his death in 1964. He was a key leader of the Indian independence movement and is considered to be the architect of modern India. As Prime Minister, Nehru presided over large-scale social and economic reforms, aimed at modernizing India’s largely agrarian economy and improving literacy and healthcare. He also championed secularism and peaceful coexistence with Pakistan.

Gulzarilal Nanda served as the Prime Minister of India for a total of just 13 days. He was first sworn in after the death of Jawaharlal Nehru, and again after the death of Lal Bahadur Shastri. He never took an oath as prime minister; he acted in that role until Indira Gandhi was elected by parliament to be prime minister. He later became India’s Minister of Home Affairs and Minister of Labour and Employment. As the shortest-serving Prime Minister of India, Gulzarilal Nanda is also one of the least-known.

Lal Bahadur Shastri was the second prime minister of India and held office from September 1964 to January 1966. He is best remembered for his slogan of “Jai Jawan, Jai Kisan” (Hail the Soldier, Hail the Farmer). Shastri firmly believed in the welfare of the people and was a strong advocate of socialism. After his death in 1966, he was given a state funeral and was honoured with the title of “Father of the Nation”.

Indira Gandhi, the first and only female prime minister of India, was one of the most influential and controversial leaders in Indian history. She was a powerful leader and is known for her contributions to the Indian independence movement. She also played a major role in shaping modern India and is remembered for her efforts to improve the standard of living for Indian citizens.

Morarji Desai was the 6th Prime Minister of India, serving from 1977-1979. He was a member of the Indian National Congress party and is considered to be one of the most influential figures in Indian politics. Desai was known for his staunch conservative values and his efforts to reduce government corruption.

Charan Singh was the 7th Prime Minister of India. He served from July 1979 to January 1980. Singh was born on December 23, 1902, in Ballabgarh, Haryana. He was a farmer and belonged to the Jat community. Singh studied at the Panjab University in Chandigarh and obtained a law degree in 1927. He entered politics in the early 1930s and joined the Indian National Congress. Singh was elected to the Lok Sabha in 1957 and became Minister of Food and Agriculture in the Government of India. In 1967, he resigned from the Congress Party and founded the Bharatiya Kranti Dal (BKD). Singh was appointed Prime Minister by President Neelam Sanjiva Reddy on July 28, 1979, after Morarji Desai resigned from the office. Singh’s tenure as Prime Minister was short-lived; he resigned on January 16, 1980, after his government lost a confidence vote in the Lok Sabha.

Vishwanath Pratap Singh was India’s 7th Prime Minister, serving from 1989 to 1990. He also served as the 41st Raja Bahadur of Manda.

Singh was born on June 25, 1931 in Allahabad, British India. He attended The Doon School in Dehradun and graduated from Allahabad University with a degree in history.

Chandra Shekhar Singh was an Indian politician who served as the 8th Prime Minister of India, between 10 November 1990 and 21 June 1991. He headed a minority government of a breakaway faction of the Janata Dal with outside support from the Indian National Congress.

Shekhar was born in Ibrahimpatti, Ballia district, United Provinces (now Uttar Pradesh), British India. His father Mahavir Prasad Singh had been a member of the Indian National Congress and believed that society could be changed through political action. He participated in the non-cooperation movement against British rule in India. Chandra Shekhar came from a family of freedom fighters; his grandfather’s younger brother Pandit Sita Ram Kesari had been one of the pioneers of the independence movement in Bihar, while his mother’s uncle Baba Raghavdas was one of Mahatma Gandhi’s famous lieutenants.

Chandra Shekhar graduated from Christ Church College, Kanpur and then went to study at Allahabad University where he became involved with socialist leaders such as Jayaprakash Narayan and Ram Manohar Lohia. After graduation, he began practising law at Kanpur Dehat District Court in Shikohabad

Pamulaparthi Venkata Narasimha Rao is often referred to as the “Father of Indian Economic Reforms.” He was an Indian lawyer and politician who served as the 9th Prime Minister of India from 1991 to 1996. Prime Minister Narasimha Rao was the first Indian prime minister who was not from the Nehru-Gandhi family.

He was born on June 28, 1921, in Vangara Village, Karimnagar District, Hyderabad State. He was a great lover of books and went on to study at Osmania University and Fergusson College of Pune University. Later in 1961, he became a member of the Indian National Congress.

After serving for 37 years in various capacities within the Congress party, he rose to the post of Chief Minister of Andhra Pradesh, then Governor of Maharashtra and then Union Cabinet Minister. In 1991 he became the Prime Minister of India. During his tenure as Prime Minister, Rao introduced major economic reforms that transformed India into one of the fastest-growing economies in the world for most of the 1990s.

Atal Bihari Vajpayee was an Indian politician who served as the 10th prime minister of India, heading a coalition government between 1996 and 2004. He is the first prime minister from outside the Indian National Congress party to serve a full five-year term.

Atal Bihari Vajpayee was one of the most popular and respected politicians in India, serving three terms as prime minister, first for a term of 13 days in 1996, then for a period of 13 months from 1998 to 1999, followed by a full term from 1999 to 2004. He was also one of the co-founders and a senior leader of the Bharatiya Janata Party.

Born to Krishna Devi and Krishna Bihari Vajpayee on December 25, 1924, Atal Bihari Vajpayee grew up in Gwalior in central India. After earning his master’s degree in political science from Dayanand Anglo-Vedic College, he became politically active, joining the Rashtriya Swayamsevak Sangh as a swayamsewak (volunteer) in 1939.

Gowda was born in Haradanahalli, a small village in Holenarasipura taluk, of Hassan district in Mysore State (now Karnataka). [1] His father Dodde Gowda was a farmer and his mother Devamma a homemaker. Gowda completed his primary education in Haradanahalli and high school at nearby Holenarasipura after which he moved to Bangalore City and enrolled at Central College (Bangalore) where he received his Bachelor of Arts degree in 1953; subsequently, he obtained a law degree from the University Law College, Bangalore, in 1957 and began his legal practice at Hassan.

He entered politics when he joined the regional Indian National Congress party in 1953 and was soon elected as the president of the taluk unit of the party. In 1962, Gowda lost for the first time when he ran for the Holenarsipur seat against H C Keshavamurthy of CPI

Inder Kumar Gujral was an Indian diplomat, politician and freedom activist who served as the 12th prime minister of India from April 1997 to March 1998. Born in Punjab, he was influenced by nationalistic ideas as a student and joined the All India Students Federation and the Communist Party of India.

He was elected to the Lok Sabha in 1971 from the Sadiq Nagar constituency on a CPI ticket. He later switched over to Janata Dal and became chief minister of Punjab after Operation Blue Star. He left the Janata Dal to join the newly formed Janata Dal (Secular) following internal differences with party president H. D. Deve Gowda.

Gujral was asked to take over as Prime Minister by United Front parties when H. D. Deve Gowda resigned after losing the support of some regional parties due to his decision to have pre-emptive strikes against Pakistan. As Prime Minister, Gujral is remembered for improving relations with neighbouring countries through his “Gujral Doctrine”, which emphasised treating neighbours with respect, regardless of their relationship with India in the past. Gujral died on 30 November 2012 at the age of 92 due to multiple organ failure

Dr Manmohan Singh was born on September 26, 1932 in Gah, Punjab, British India. He is an Indian economist and politician. He was the Prime Minister of India from 2004 to 2014. He is also the longest serving Prime Minister after Jawaharlal Nehru and Indira Gandhi. Dr Manmohan Singh is a member of the Indian National Congress (INC) and was the first Sikh in office.

He took office as Prime Minister after winning the 2004 general election. He is widely credited with bringing economic growth to India during his tenure as he opened up industries and liberalised economic policies. However, he received criticism for failing to control corruption in his cabinet and for his inability to contain terrorist attacks in India.

In May 2014 he announced that he would be stepping down from politics due to health issues but remained active in political life until 2016. In August 2017 he was appointed as a Member of Parliament (MP) representing Rajasthan for a term of 6 years until 2022.

Narendra Modi is an Indian politician. He has been the Prime Minister of India since 2014. He is also the member of parliament from Varanasi. His term as Prime Minister has been marred by numerous controversies and allegations of corruption.

He was born in Vadnagar, Gujarat to a family of lower-middle-class merchants. His father, Damodardas Mulchand Modi, ran a tea stall with his brother in Ahmedabad. As a child, he helped his father at the tea stall. He completed his higher secondary education in Vadnagar in 1967, where a teacher described him as an average student but a keen debater.

In 1978, he became an RSS sambhag pracharak (regional organiser) and moved to Ahmedabad. He went on to become an RSS pracharak (full-time worker). He was appointed as secretary of the Bharatiya Jana Sangh’s Gujarat branch in 1987 and elected organising secretary of its state unit two years later. In 1988, he joined the BJP and became its national secretary in 1995.

Modi was elected chief minister in 2001 and served three terms until his victory in the 2014 elections made him prime minister. 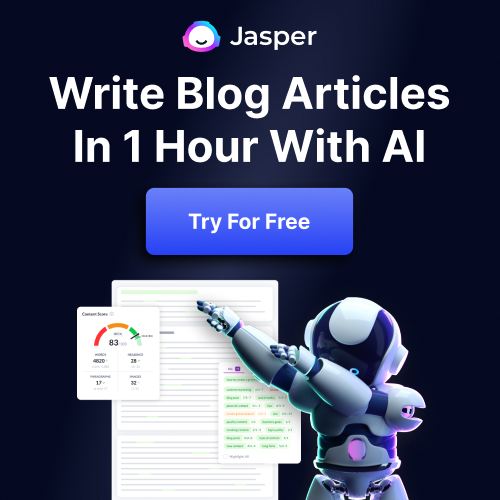